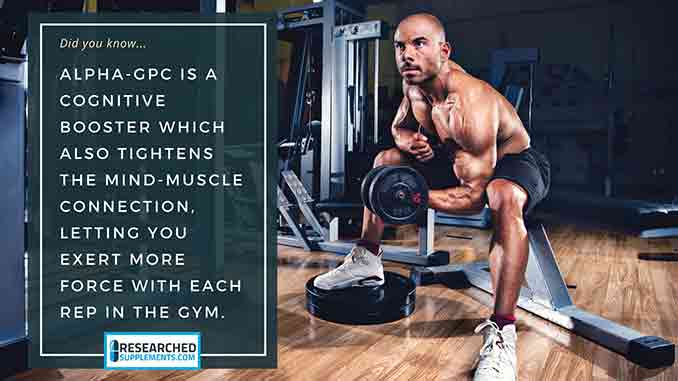 Alpha GPC is a cholinergic supplement which shows a lot of promise in scientific studies.

600 mg per day appears to improve athletic performance via power and force increases.

Alpha Glycerophosphocholine – more commonly referred to as Alpha GPC – is a supplement which contains a rich source of choline (40% by weight on average).

It is found in food, but due to its benefits becoming more apparent at higher dosages, supplementing in addition to diet has been found to be effective.

“Cholinergics” such as Alpha GPC are used for a variety of reasons, most notably for athletic and cognitive performance, as choline boosts levels of the principal neurotransmitter acetylcholine.

Alpha GPC and CDP-choline (another cholinergic) are also the only choline conferring supplements to support the structure of cellular membranes.

There is also evidence to suggest it may boost growth hormone production, though it could be a short term spike like arginine.
Editor’s Note: It’s early days yet but it’s looking good for Alpha GPC. As far as I’m concerned, supplement companies are not using it to its potential, and are often under-dosing it. This is probably due to its cost (manufacturers I have spoken to say its inclusion drives up the cost of products significantly).

It will start to be effective in the 300-600 mg per day range for athletes looking for a power boost and an increase in growth hormone (likely more useful for the power rather than the GH boost).

Higher doses – around 1200 mg per day, split into 3 x 400 mg – are associated with an effective reduction in cognitive decline (from Alzheimer’s study). 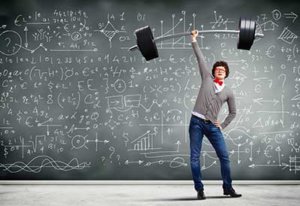 As mentioned, there is grounds for more to be done with Alpha GPC because the studies so far have shown a lot of promise in terms of its ergogenic and cognitive properties.

Dosage is one factor that will need more investigation as current study data reveals the effects of Alpha-GPC peak out at several thousand milligrams (about 6500 mg for a 150 lb person).

When compared to the lower end dose of 300 mg, the difference is quite large, leaving questions over exactly what point on the dosage spectrum is optimal.

This is the benchmark study where 600 mg Alpha GPC was given 90 minutes prior to resistance training (vs placebo) to men with 2 or more years of muscle training experience.

1000 mg was given to participants of this study and markers for fat oxidation and growth hormone production were measured after 1 hour and again after 2 hours. Both increased.

Alpha GPC was able to reduce symptoms of cognitive decline in patients with mild to moderate Alzheimer’s disease.

We can infer some information about optimal dosages of Alpha GPC from the scientific studies carried out on both humans and rats.

The human study which investigated the athletic benefits showed that 600 mg per day is effective.

For the prevention of cognitive decline – indeed the reduction of Alzheimer’s induced decline – were apparent at 1200 mg per day (split into 3 equal doses of 400 mg).

Rat studies reveal that the benefits of Alpha GPC peak out at a much higher dose of 3000 – 6500 mg when converted to a human dose (average 150 lb person).

Cost would be the likely constraint of ingesting that much Alpha GPC.

Is Alpha GPC Safe – Are There Side Effects?

Alpha GPC is considered a safe supplement. The safety study performed on it observed a No Observed Adverse Effect Level at an equivalent human dose of over 1600 mg per day for a 150 lb person (for 6 weeks).

1200 mg per day is well within this limit. There have been no adverse side effects reported during or after the scientific studies.

After some more research, there will be much more confidence than there already is in Alpha GPC’s ability to slow cognitive decline caused by age and disease.

The work with Alzheimer’s patients implies that it will be a good nootropic product for average people too.

The study with 600 mg shows that it may be an excellent power booster for strength athletes and bodybuilders.

At present cost might be the only limiting factor as to whether it becomes a go-to supplement for many people.