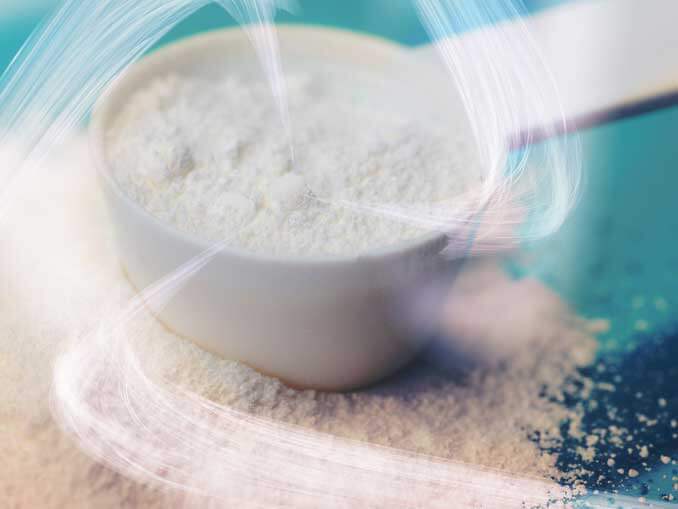 In fact, if a pre-workout powder doesn’t contain Beta-Alanine, we would have to ask some questions as to why, and what is in there in its place. When the scientific sports nutrition community agrees on an ingredient being useful, it’s a good idea to pursue it.

That said, beta-alanine has a pretty specific role when it comes to muscle building and resistance training, so – and hear us out here – not every one that works out their muscles necessarily needs BA.

It all depends on what type of training you are doing. Hypertrophic sets where you want to feel the burn in the last few reps – that’s where beta alanine is key.

Beta Alanine can give you a tingly, almost prickly, sensation on your skin – especially the face. It’s called paresthesia, which sounds intense, but don’t worry, it’s harmless. Some people even enjoy it and at least it’s a sign that the product you bought really does have a good amount of BA in it.

We’ve bundled muscle and performance here because they are really one in the same in the context of beta alanine’s benefits.

Imagine you are doing a 400m sprint around a track, or a volume-hypertrophy set of deep squats that goes for 20 reps.

Once you’re in that zone, the last 100m to 200m, or the last 5 squats can make you feel like you are going to explode. That’s the anaerobic zone and the lactic acid build up seems like it’s going to tear you apart.

That’s where Beta Alanine is right at home.

It’s a non-essential amino acid, which means that the human body can manufacture it, and therefore it is not essential that you get it from your diet.

That said, when you train at the aforementioned intensity level, there’s no way your body can synthesize it fast enough to have the full benefits of a healthy whack of a supplemental dose.

When you consume beta alanine, it binds to one of the essential amino acids, Histidine. The two together form another compound carnosine.

Carnosine is the real purpose of supplementing with beta alanine because it acts as a buffer to lactic acid during intense anaerobic exercise. This increases the endurance of the working muscle/s.

That intra-set boost in endurance ranges from okay to quite significant. Most people say they can add another 3 or 4 reps to, say, a 12 rep set with a pre-workout supplement.

Conversely to this, the scientific studies show less of an effect compared to the empirical data and word of mouth. It’s probably the difference between someone using beta alanine in isolation, and them using it in combination with other performance enhancing ingredients.

Either way, this translates directly as performance enhancement, if you’re in a competition or race, and it results in greater muscle growth in your recovery phase after exercise.

That’s because the deeper you can go, the greater the training volume (total number of reps for example), which equates to greater overcompensation and muscle growth in the days afterwards.

NOTE: The key thing to keep in mind with Beta Alanine is that it is most useful for increasing muscle endurance within intensive sets of resistance weight training. Don’t confuse the use of the word “endurance” here with something that will be ideal for long distance triathlons or marathons etc.

Think 60 second sets up to about 3 to 4 minute sprints.

It’s almost definitely due to the carnosine induced muscle endurance allowing for increased training volume but beta alanine use over time results in greater fat loss than placebo.

The increase in lean mass from the muscle growth serves to make it a compound effect, which is exactly what we’re looking for in an ergogenic supplement.

We can therefore conclude fairly confidently that beta alanine in conjunction with intense anaerobic exercise results in greater fat loss than would occur without it.

How To Use Beta Alanine

Simply put, Beta Alanine is a cumulative supplement, which means it can be taken almost any time of day because it builds up to a saturation point over time (much like Creatine) rather than spiking 20 minutes after ingestion.

However, you will almost always see beta alanine in pre-workout drink powder supplements alongside other ingredients. Those other ingredients may need to be taken just prior to exercising, and that’s just fine.

Beta Alanine is best taken on rest days as well as training days for the reasons stated above. It prepares the body nicely for the following day’s training session. Most pre workout supplements are formulated with this in mind, and it is usually stated on the packaging that they should also be used on rest days.

Eating a small meal just before taking BA might help its absorption.

Beta Alanine is synergistic with Creatine, so definitely take them together.

Taurine, however, might compete for the same receptors as beta alanine and so to some unknown extent they might cancel each other out. Oddly, most pre-workout supplements these days contain the two ingredients so either the competition is negligible or all major sports supplement companies are missing something.

Whatever the situation with taurine and beta alanine, it doesn’t stop us from using those products.

We’ve seen dosages in pre-workout powders that are up to 6 grams. We’ve seen pathetic inclusion rates of 0.5 grams (500mg).

Scientific research tells us that anything between 2 grams (2000mg) and 6 grams (6000mg) works on a sliding scale.

The more you take in one dose, the more you will feel the pins and needles effect (paresthesia) but as we said in the introduction it’s a harmless side effect.

The main side effect is a harmless one called paresthesia which is like pins and needles / tingles / occasionally prickly feeling, mainly in the face.

High sustained doses of beta alanine over time can cause a drop in taurine due to the competition for the same receptors.

Taurine helps reduce alcohol induced fatty liver build up. The point is largely moot because the doses of beta alanine in pre-workouts are not large enough. This may however answer the question as to why taurine is included in the pre-workouts alongside its competitor.

Our advice to anyone who does regular intensive resistance training is to not drink much alcohol at all anyway. For one thing you are throwing potential gains out the window. For another, you can’t train as hard the day after a couple beers.

In the intro we mentioned that BA plays a specific role. If you engage in training or sports where up to 5 minute bursts of gut busting, explosive anaerobic intensity are required, then use Beta Alanine. It’s as simple as that.

If you’re in a strength cycle and more into low volume, heavy weight sessions, then beta alanine is not really necessary. You really need to feel the burn and get pumped for it to take noticeable effect.

Look for a pre-workout supplement containing between 2 and 5 grams of BA, together with 3 to 5 grams of creatine and 6 grams of L-Citrulline and you are well on your way to looking like the Incredible Hulk in the gym.