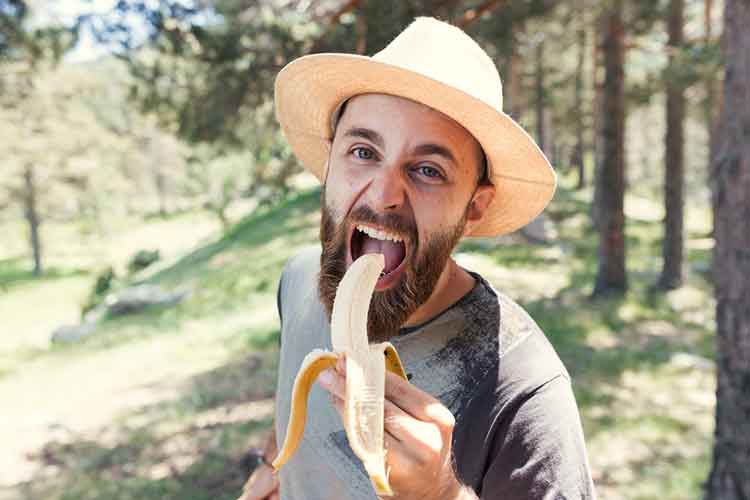 I’ve read some howlers on the internet, but some broscientist informing me of the dangers of eating fruit due to the fructose content really takes the biscuit.

Here’s the twisted logic these BS mongers attempt to bring to the fore:

Fruit contains fructose which is a sugar, and sugar is bad for you because the internet, new-age keto zealots and a bunch of dramatic “nutritionalists” said so…therefore you should be careful about your fruit intake.

Firstly, using fruit and fructose interchangeably, as if the two are basically one and the same due to the former containing the latter, is a fundamental mistake.

From the time you make that fundamental mistake, there’s just a short slippery slope between you and an abyss of utter nonsense.

So, let’s clear some things up about fruit and fructose. 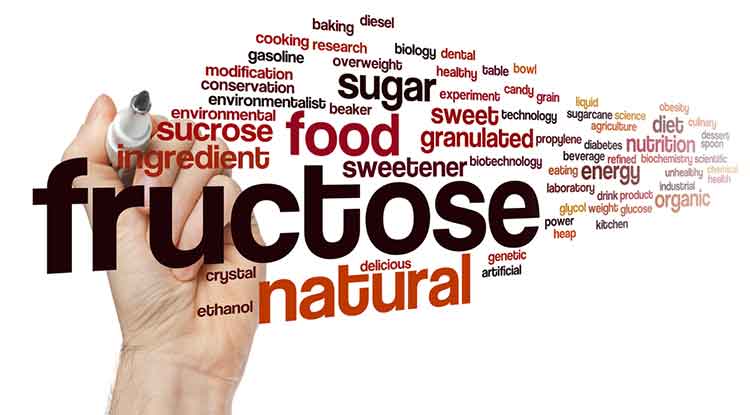 Why Do People Avoid Fructose?

People think they are avoiding fructose because it heads to the liver where it is processed before being stored in whatever form.

That means fructose doesn’t trigger an insulin response. Those people interpret that as meaning it can’t possibly satisfy hunger.

And because it doesn’t satisfy hunger, it’s easy to over consume fructose.

Armed with that misconception, people then extrapolate the point to fruit, deciding that it must therefore be easy to overindulge on fruit and slip unwittingly into calorie surplus.

The major flaw in this avenue of thought is that fructose can be easily consumed in isolation, without glucose, which does elicit an insulin response.

Perhaps the most commonly regurgitated subject in this regard is that of refined sugars, namely:

… both of which contain about half glucose and half fructose. HFCS literally contains the words “corn syrup”, and corn syrup is glucose – i.e. sugar in its simplest form. 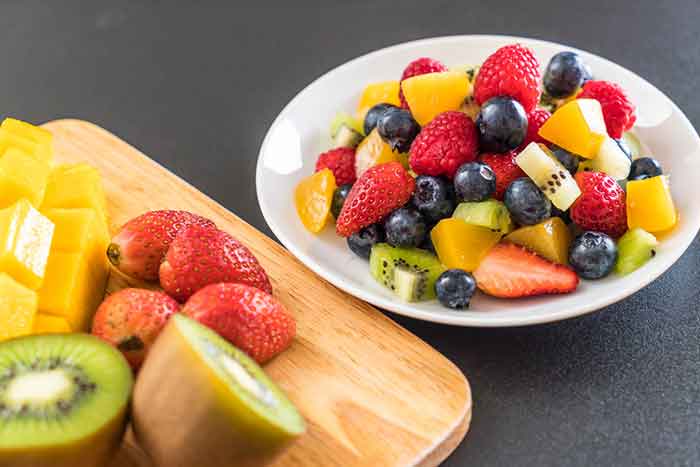 Some of the more honourable minds within the diet and nutrition sector – a fine example being Alan Aragon – have been beating their head against a brick wall about fruit consumption for years.

Using arguments that pertain to pure fructose consumption to form a case against whole fruit consumption is almost as ridiculous as warning against the indulgence of a poppy seed bagel for fear of becoming a heroin addict.

Whole fruits contain fructose, of course, but there’s a lot more to the package of an unprocessed fruit compared with refined fructose.

Fruits are low-energy dense food. Basically there’s a huge quantity of fiber and water in there. There’s also vitamins, micronutrients and antioxidants, all of which play a massive role in how your body deals with energy and metabolism, but I’ll get to that in a bit.

The sugars in fruit make up a small portion of the whole. An apple for example is about 10 percent sugar.

Let’s consider those sugars for a minute – because it’s not 100% fructose.

Fruits contain fructose and glucose in varying proportions. They can even contain natural sucrose.

This blows the “lack of insulin response” argument apart. Yeah, pure fructose wouldn’t trigger an insulin response but a whole fruit will because it contains other types of sugar. 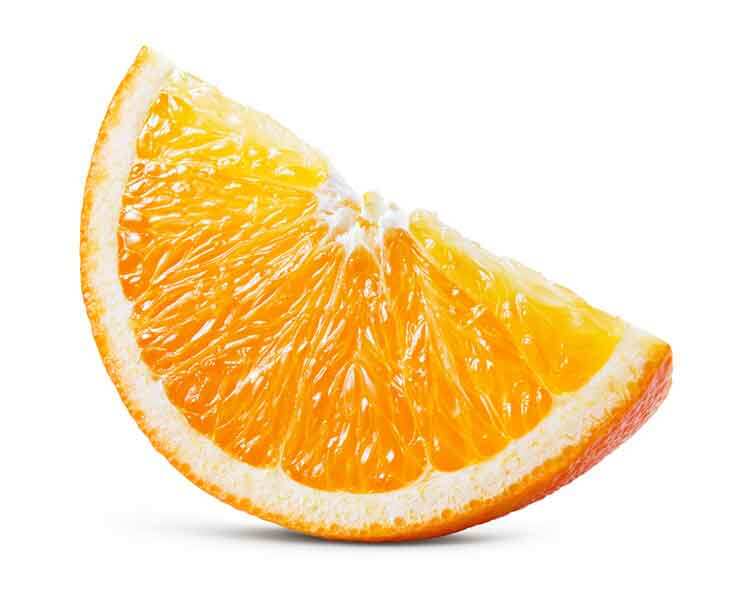 When you squeeze the juice out of an orange, you’re forcing sugar laced water to leave the confines of the fiber rich flesh of the fruit.

What you then have is a freer form of sugar, liberated from the fiber and now contained within a high-energy-dense liquid.

Fruit juice in this form stimulates a strong insulin response, and does little to curb your appetite. Subsequently, the sugars (that are not fructose) are rapidly taken up by insulin and, depending how sensitive your insulin is, will be stored in muscle or fat tissue.

Do this enough and your insulin will become desensitized, rushing out every time you drink a sugar-leaden drink, to remove all sugar from your blood stream and throw it into fat cells.

This can lead to blood-sugar crashes, fatigue and an ever-reducing ability to process the carbohydrates in food and drink alike.

Obesity and Type II diabetes are on the horizon for anybody who drinks sugary drinks – including refined fruit juice – in excess.

Sadly, the food and drink industry being what it is, fruit juices often contain added sugar, thereby worsening the problem.

Eating fruit, however, has a different impact on the body. For starters, whole fruit has low-energy-density.

Basically, the ratio of energy to mass is low. So, where a glass of orange juice might contain the energy of 3 or 4 oranges without the fiber, a whole orange contains much less, but will (a) satisfy your hunger more, (b) release sugars slower, and © contain more of the healthy vitamins, minerals and so on.

The fiber essentially acts as a slow release capsule for the sugar, preventing any huge insulin spikes and consequent “crashes”. It also prevents insulin from become desensitized.

Furthermore, the flesh of the fruit contributes to the feeling of satiety because of the physical bulk of the fiber combined with the slow release of glucose into your system.

Everybody should know that eating fruit is good for you. There’s no valid argument that can be made against whole fruits being good for. Anyone that tries to make one is either misinterpreting data or are trying to hawk some kind of product.

Quality scientific research backs this up. There are studies which have looked at fruit consumption and its effects on:

Those are some sexy studies but if those don’t have you convinced then check out the Pubmed article attacking the subject head-on:

TLDR; “…epidemiological research has consistently shown that most types of fruit have anti-obesity effects…”

We’ve figured out how many of them help us keep our energy balance regulated, our hearts, blood and brain healthy, and even give us weapons against some of the most aggressive diseases we know of.

These compounds work in concert to assist metabolic processes and help the body regulate important enzymatic and hormonal function.

And yes, a good portion of them possess anti-obesity properties, the likes of which are only seen in whole fruit and vegetables.

We’ve tried to extract them, other food groups even contain them naturally, but for some reason the secret is in some way tied to the consumption of the whole fruit. 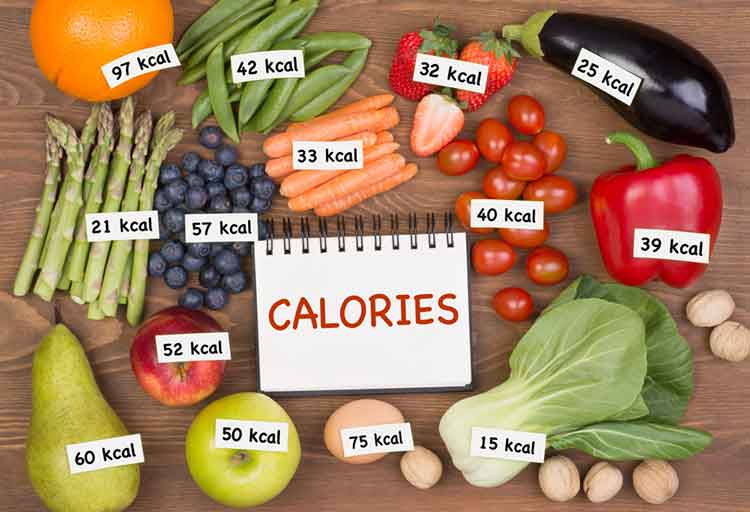 None of the above information supersedes the universal truth that a calorie deficit is necessary in order to lose weight.

You can however count fruit as just one of your sources of calories, in terms of your total daily intake.

It’s hard to overeat whole fruits because the fiber is filling, but their consumption will help you get through a hangry spell, and you’ll get so much more out of them than most snacks of similar convenience.

In fact, the calories-in-calories-out (CICO) rule is true for anything. You can lose weight eating nothing but cake, provided you consume fewer calories than your burn during the day.

The difference with cake is that those calories are devoid of the nutritional value fruit contains even though the two foods contain fructose as their primary sweetener.

To Sum It All Up – Fruit Is Still Good For You

I encourage everyone I know to do their own research on matters pertaining to their health. Unfortunately, not everyone has the time to do anything more extensive than read a few articles online.

That’s kind of what motivates me to write these things in the first place.

If this article is read by even a small number of people who go online for information about fruit and fructose consumption, then hopefully some of them will be reassured that what they are doing is correct…or perhaps coaxed back to a sensible fruit-inclusive diet if they have strayed.

Our bodies are perfectly built to metabolize and utilize whole fruits, and if you let some jacked up keto-jockey tell you any different then do me a favour and look at his/her justifications.

I’ll bet that nine times out of ten they are trying to sell you an expensive product that promises to deliver astounding results.

I saw one of the major online BS-mongers trying to convince viewers that a banana was as bad for you as Reese’s peanut butter cups because of the sugar content. He then went on to pitch his green smoothie powder.

You can either cry about people like that, or fire back.

Fire in the hole!