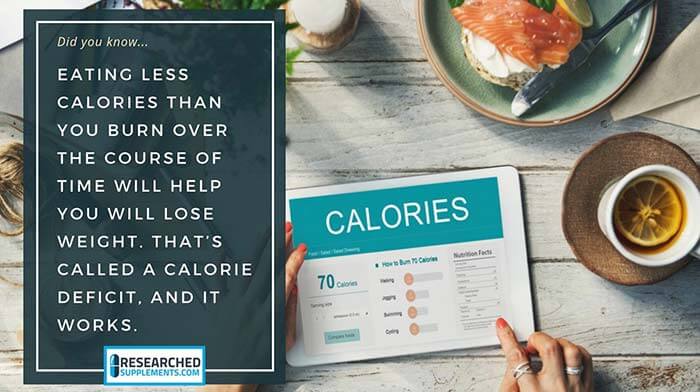 Sticking to Your Diet – Key Concepts

In a nutshell: eat less calories than you burn over the course of time and you will lose weight. That’s called a calorie deficit, and it works.

Sticking to the diet, to the calorie deficit, on the other hand…now that’s the tough part. 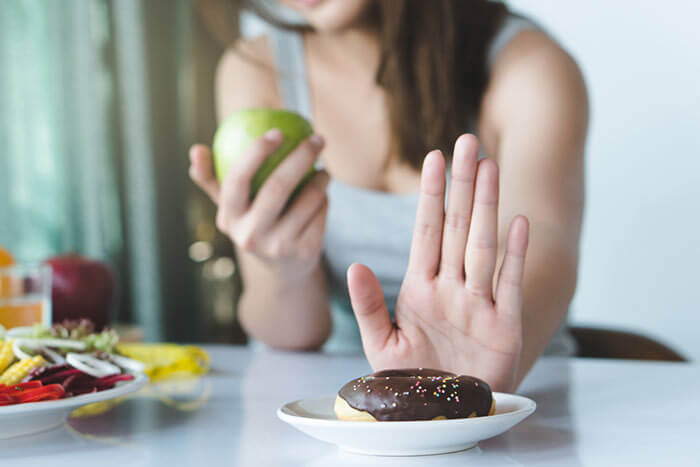 In fact, experts in the field of nutrition – and by that I mean those who refer to the scientific and empirical body of evidence when extolling their expertise, not some self-proclaimed “guru” with a penchant for fleecing their Instagram followers – real experts say that adherence to the diet is the key.

Consistency adds up, and all that.

Problem is, how do you do that?

Some obese individuals are skirting with real danger, being told by their doctor that if they don’t do something about their weight soon, it’s curtains.

If the threat of heart disease and an early grave don’t keep people on track with their diets, what hope does someone have that’s just looking to lose a few pounds.

Scare Tactics Work for Some

Well, for starters, those things are negative motivators. Scare tactics work for some, but not others. And certainly not when the movie is on and the siren call of ice-cream sails in on a warm breeze of popcorn and freshly baked brownies.

It’s true that at some point you just have to sack up and deal with it. Discomfort is part of deficit, but the extra pounds you’re carrying around is testament to the comfort you’ve been indulging in.

And now it’s time to pay the piper.

But…science has highlighted some factors that appear to help people stick to their guns and stick to the calorie deficit. 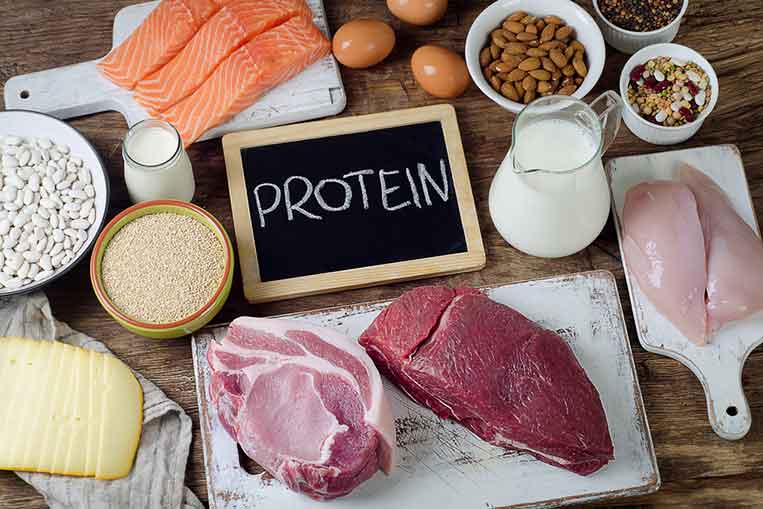 Weight loss is a stupid term. People stand on scales and think it’s a measure of success. In reality it’s only part of the picture.

Sure enough, if someone’s obese, it’s a good thing when that number starts to fall, but it’s a measure of your total weight and doesn’t tell you whether you’re doing it healthily or not.

Losing muscle mass is almost inevitable to some degree when you’re in a calorie deficit, but retaining as much as possible with proper protein intake will have a few positive effects on your ability to adhere to your diet.

When calculating your optimal protein intake, you need to account for your goals. If you are combining your diet with physical exercise then your muscles will constitute an even greater load on the system and necessitate higher protein consumption.

Should this be the case, a simple and convenient addition to your daily diet would be a protein shake. This can help you fill any protein gaps and is also a very useful post-workout supplement to make use of your muscles’ most nutrient absorptive state. 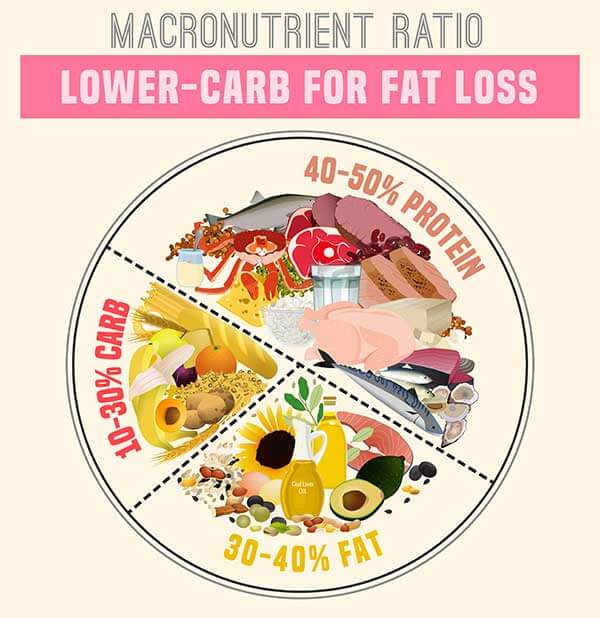 How to Stick to Your Diet – The Perfect Macronutrient Ratio

Anyone who tries to tell you there’s a perfect ratio of carbs to fat to protein is talking out of their rear end.

It’s true that you should try and dial your protein in as accurately as possible, but it’s a quantity that’s fairly specific to the individual and their personal goals, as discussed above.

Once you have figured out your protein requirements as best you can, the way you split the remainder of your allotted calories between carbs and fat is up to you.

A principle I try to get across to people is that when dieting for weight loss it’s better to make food choices that will help you adhere to the calorie deficit, rather than trying to make yourself adhere to a particular diet.

Eating in order to stick to the goal allows for personal food preferences. And allowing personal preferences to guide the way has been shown to increase the likelihood of adherence.

Your carb/fat split may once again be influenced by your goals, especially of the fitness and strength variety.

Ultra low carb diets might not be conducive to sports where peak power and explosive strength are important factors. In my opinion, carbohydrates are a necessary part of any sporting or athletic endeavour, if you want to get the best from yourself.

With this in mind, a person’s physical activity level can have an impact on their adherence to the diet, and vice-versa.

For example, an intense exercise program is likely to cause someone to break a ketogenic diet protocol eventually.

Similarly, someone following keto may end up making large sacrifices to their exercise program because of their energy levels and ability to make maximal muscle gains.

In cases where diet adherence is the only immediate concern and physical exercise (and performance) is of less importance then the carbohydrate/fat split should be down to the individual.

Of course, this assumes responsible food choices (for the most part) will be made. In strict terms of calories in vs. calories out, the “quality” of the food you eat doesn’t really matter, but eating food of poor nutritional value will increase the risk of failure in the short to medium term.

How to Stick to Your Diet – Rapid Initial Weight Loss

Alan Aragon highlighted this in one of his recent research reviews (highly recommended by the way).

This refers to the positive link that research has shown between greater initial weight loss and long term success with weight maintenance (AARR references this study by Nackers et al).

He makes the point that this is particularly in the context of an obese starting point.

A lot of research, empirical and anecdotal information points at 2 lbs/week being an ideal rate of weight loss, but that’s an average over the course of the diet.

Obese people can achieve up to 3.5 lbs per week and more in the first month. After that it can gradually taper off by the 3rd or 4th month, at which point a more maintainable rate is desirable and in fact necessitated by the loss of overall mass.

All of this to say that it more than likely comes down to the encouragement factor. Faster initial weight loss is more visible and tangible, and likely to encourage the individual to continue – adhere to – the diet.

This kind of goes against the gradual weight loss approach that might be applicable to people who are not necessarily obese but want to shift a few pounds.

It’s also good in theory, but how does one implement a more rapid initial weight loss period?

The answer lies in your planning, your targets and your main goal. You need all three to be successful.

Planning doesn’t have to be obsessive and time consuming. The important thing is to always be mindful when you are making decisions related to food. Overeating that leads to obesity is largely a result of thoughtless and capricious eating habits.

Simply writing a food shopping list based on meals for the week ahead is a major part of the planning.

Targets have to be hittable. The demotivating effect of missing one can be enough to cause someone to break the diet.
Therefore while more than 3.5 lbs/week weight loss is feasible, it’s probably not wise to aim for that lest it be a little out of reach.

The idea of that rapid initial phase of weight loss should not be license to lose as much as physically possible either. There’s fast but manageable, and then there’s fast but stupid.

In the first month, it’s reasonable to go for 3-3.5 lbs per week weight loss, then dial it back to 2.5-3 lbs/wk for the second month and then anything from 1 to 2 lbs/week in the 3rd month.

Again, that’s a marker to go by, and it depends on how overweight you are to begin with and your activity level etc.

Energy is a really good indication of how you’re doing with your diet. If your food decisions are good but your energy levels are tanking then it’s probably down to the calorie deficit being to aggressive.

As for your main goal, I’m not a fan of goal weights. Putting a number down at the beginning of your diet, when you’re months away from it, might work for some people but it’s a pretty linear way of looking at it.

What about muscle mass? What if you look fantastic but you don’t reach that weight? Will you be disappointed, despite loving your physique?

Weigh-ins are much better suited to the regular target setting.

In fact, I tend not to care about the number on the scale because I mostly recommend a resistance training program alongside the diet.

I’ve witnessed someone stay at the same weight for 6 months every time they step on the scale, while their physique changed from overweight and out of shape to strong and defined.