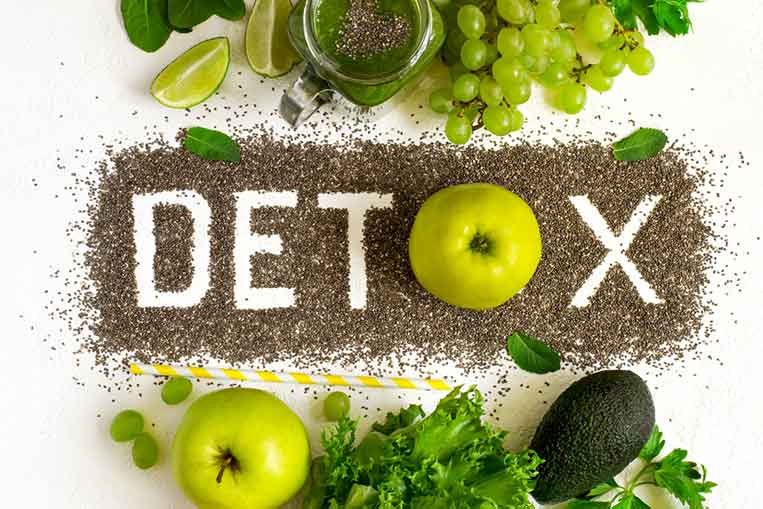 Cleanse and detox diets come and go as quickly as the bowel movements associated with them. You won’t have to do much digging to find a detox plan that claims to cure you of everything.

Usually, the words “detox” or “cleanse” are in the title of the diet plan, and while some of them claim to target organs like the liver, or even your blood, often they are a total body scrub.

The idea is simple enough: purge so-called toxins from the body and lose weight in the process.

Most of these diets involve a heavy restriction on certain food groups and macronutrients, while compensating with repetitive consumption of some kind of “detoxifying” drink.

Liquids appear to be the substance of choice for most detox plans, together with regular visits to the bathroom to enjoy all the purging action.

Unfortunately, and despite lots of internet gobbledegook to convince you otherwise, there isn’t much evidence to suggest detox and/or cleanse diets work all that well. And some appear to be bad for you.

So what’s the deal? Do you have a harmful accumulation of toxins in the body that are making you sick, slow, fat, grumpy and tired?

Let’s have a look.

For your body to benefit from a detox diet, surely it must be riddled with toxic substances, or toxins, to begin with.

Toxicity is a question of dosage. That’s why most substances have a toxicity rating.

Even things we take for granted as being healthy can be lethal in higher dosages, and the opposite is true; chemicals we often associated with danger may be healthy in minute amounts.

For a lot of people, toxins would include anthropogenic substances like certain air pollutants, water and ground pollutants, heavy metals, hydrocarbons, PCBs, pesticides, insecticides and so on.

These man-made toxins that pervade the natural world from which we harvest foods are the more extreme varieties that detox and cleanse diets aim to rid your body of. A common denominator appears to be their propensity to accumulate in your body over time.

Other implicated toxins are again of man-made origin, but of the refined/processed food and food preservative/additive kind.

Examples include artificial sweeteners, colourings, added sugars and basically anything synthetic that ends up in your system. High Fructose Corn Syrup is often demonized beyond all logic.

However, some of the dangers of these substances are either inflated or completely made up – mythology and fear, the tradecraft of the quick-fix diet proliferators.

It’s as if we’re all being convinced that anything that isn’t natural is automatically poisonous. Which is just as truthful as saying that everything natural is good for us.

Moderation is the key to almost every aspect of health – nutrition, exercise, sleep, sex, even drugs and alcohol.

Some things are just plain bad for you, and no amount of it should be recommended. Crystal meth, for example. Just don’t do it.

Booze is a weird one though. If you get tanked on beer every night then yes, you are doing serious damage to nearly every part of your body and your mind. A glass of red wine every day, however, has a positive effect on your cardio-vascular system.

Water is essential for us but we can dilute our blood and die if we drink too much of it in a short space of time.

Food grown with the aid of pesticide has this indelible black mark next to it, but the data doesn’t really support the fear. You can wash fruits and vegetables to “cleanse” them before you eat them.

For the thin skinned fruits and veg, you always have the option to buy organic rather than follow some detox diet.

High fructose corn syrup is probably no worse for you than regular sugar, and it’s perception as the worst sugar type more than likely comes from its use as a sweetener, a concomitant rise in obesity levels, and our societal need to assign blame rather than assume responsible dieting habits.

Ultimately, both regular glucose and fructose do similar things to your body, and overconsumption of either leads to health problems. So because fructose has been used more in manufacturing sweeter tasting jun food and soda, it looks like the bigger problem.

In fact, we need to stop trying to find the lesser of two evils and simply moderate our overall sugar intake by taking ownership of our own health and will power.

Cleanse and Detox Diets – The Truth

There are toxins, and your body does need to be detoxed, but it has several organs that have been designed over millions of years for that purpose. Your liver, kidneys, lungs, pancreas, bladder…they all exist to process the things you inhale, ingest and digest.

The absolute best thing you can do to help those organs do their job is eat a healthy and balanced diet, not follow some fad diet that makes you drink pepper water (or whatever) for 7 days and promises your insides will be scrubbed clean as a result.

And to go one further, those extreme restriction diets are more likely to lower your immune system and organ defences leaving you at the mercy of any toxins and germs you actually have in your system.

On top of your round and healthy diet, you could add a supplement or two to strengthen your real detox game even more.

There are toxins in your body. Even the oxygen you breathe can turn against you in the form of oxidants and free radicals.
For that reason, we have organs that work constantly to prevent the harmful effects of them.

We can boost those organs’ detoxifying benefits by eating a healthy and rounded diet, and supplementing where appropriate.

Gimmicky detox and cleanse diets on the other hand can cause you more harm than good, and they are likely based on very unscientific reasoning and come with neither supporting evidence nor any indication of what “toxins” they are actually helping to remove.