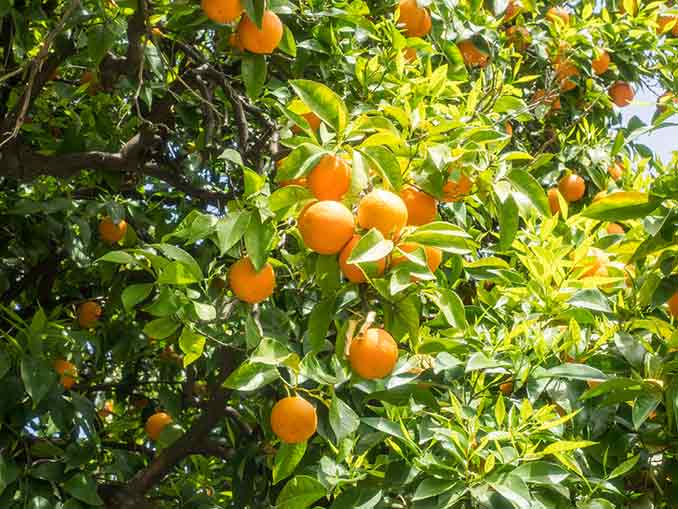 Synephrine is a bioactive molecule, found most abundantly in the Citrus Aurantium fruit, more commonly known as the Bitter Orange.

The variant with the most scientific study evidence both for safety and effect is p-synephrine, and when isolated is the one most often used in fat burners, pre-workout and standalone supplements.

Aside from the isolated synephrine molecule, Citrus Aurantium / Bitter Orange extracts are also used in supplements and the total inclusion weight (standardized to show a specific percentage of synephrine) is displayed on the label.

Currently, synephrine is most often used as a fat burner, and more recently has started to become a regular in many pre-workout powder supplements.

Used correctly, isolated synephrine is safe and effective for several health goals, with fat burning as the most popular. It is also synergistic with other similar compounds, notably caffeine, forskolin (from coleus forskohlii), naringenin, hesperidin, white willow bark and theanine.

Citrus Aurantium, though inclusive of other molecules including the synephrine variants, is still a good option when used correctly. Where possible the isolated p-synephrine variant is preferred.

Citrus Aurantium exerts its fat burning effects by interacting with dopamine, adrenaline (epinephrine) and noradrenaline (norepinephrine) levels in the body, increasing metabolic rate as a result.

Those act as neurotransmitters and control the sympathetic nervous system, which in-turn controls the body’s fight or flight response. Citrus Aurantium and similar compounds act on this system and are thus also part of a group called sympathomimetic amines.

Like ephedrine and clenbuterol it is a beta-agonist, or beta-adrenergic agonist, which essentially means that it attaches to certain (beta) receptor cells and stimulates the cardio-vascular system and opens up airways – both features of fight-or-flight.

As a secondary effect, cyclic adenosine monophosphate (cAMP) is increased and it is this that forces triglycerides out of fat cells to be broken down and burned.

Incidentally, when cAMP levels are elevated in muscle tissue, protein synthesis is increased. Usually, testosterone production is boosted when cAMP activity is increased in the testicles. Cognitive function when in the brain, etc.

Unlike caffeine, synephrine’s fat burning effects don’t stop as the body builds its tolerance, though its rate may slow a little.

Also, unlike ephedrine and clenbuterol – compounds which also belong to the sympathomimetic amine family – Citrus Aurantium is safe when used properly (see Usage and Dosage sections below) as it interacts far more strongly with the beta-3 receptors to initiate thermogenesis, rather than stimulating the central nervous system (CNS) strongly.

How To Use Synephrine

A common theme in our “How To Use…” sections will focus on cycling supplements, especially where fat burners are concerned.

Some compounds don’t have to be cycled and there is no good evidence to suggest there are benefits to doing so. Creatine is a good example of this – you can take 5 grams of creatine a day for years on end and all will be well.

Technically, synephrine doesn’t really need to be cycled, however there may be some drop-off in fat burning effect if its used chronically for a long period of time.

Sometimes, we recommend cycling a supplement that doesn’t necessarily need to be for a couple reasons:

When you cycle off the supplement you will once again feel the benefit when you cycle on again
They are often coupled with other compounds/supplements that should be cycled, which makes it that much easier to schedule, and sometimes by default because the ingredients are in the same capsule or pre-workout powder or whatever

So, with that, we recommend cycling Citrus Aurantium along with caffeine and the rest of your fat loss ingredients.

We usually recommend starting with an 8 weeks on / 2 weeks off cycle but you can adapt that to your own rhythm depending on how long you stay responsive to caffeine.

Bitter Orange is also synergistic with caffeine so it makes sense for the two to always come in tandem. Adding Theanine in equal dosage to the caffeine will help smooth out the stimulant edge and improve the benefits to focus and energy.

White Willow Bark is another ingredient that goes well with Synephrine and Caffeine. It’s fancy name is salicylic acid and is a cousin of Aspirin (aka acetylsalicylic acid). The three ingredients make a safe version of the ECA stack which is Ephedrine – Caffeine – Aspirin.

Hesperidin and Naringenin can both be added to synephrine to increase its effect on metabolic rate and fat burning.

Taking it with EGCG (from green tea) will enhance the effects of Citrus Aurantium further.

The more ingredients you take alongside that aid its absorption or increase its effect, the less synephrine you should start with.

Dosage is key with Citrus Aurantium. Much of the time you will see it as a standardized component of Citrus Aurantium or Bitter Orange on supplement labels because the parent extract is cheaper than the refined isolated p-synephrine.

The label should read something like: 500mg Citrus Aurantium fruit extract (standardized to 6% Synephrine).

The actual amount of synephrine will vary depending on the extract but the above example would yield 30mg of synephrine.

That’s actually quite a large single dose, especially when taken alongside other supplements, particularly stimulants.

When combining synephrine with other compounds, which you probably won’t have a choice in because it is a multi-ingredient product – then you should start with a small dose like 10mg (synephrine) per day.

If that means taking only one capsule of a fat burner or half a scoop of your pre-workout then it’ll be better to do it this way than take too much in the first go and feel too nauseated to workout.

When discussing any possible negative side effects of synephrine it is technically important to make the distinction between the three different molecules p-synephrine, m-synephrine and o-synephrine because the p-synephrine variant has by far the most research data associated with it and thus the most evidence supporting its safety and efficacy.

Another distinction to make is whether the p-synephrine molecule is in isolation or as part of the parent Citrus Aurantium (or Bitter Orange) extract.

Again, if we look at Citrus Aurantium extract as a whole then it would naturally include the 3 molecules of synephrine along with any others in the parent extract.

For clarity, none are considered unsafe per se, and rather it is a case of p-synephrine being the safest and having the research data to support it.

Of course, improper use could lead to similar negative side effects to any stimulant; nausea, dizziness, nervousness and other over-stimulation effects but it does not interact with the central nervous system as potently as other stimulants so it is unlikely to cause any problems at appropriate doses.

Synephrine is a solid fat burner, and remarkably safe when used correctly, i.e. at the right dose and in appropriate combination with other ingredients.

There is always someone who has had a bad experience on a supplement, and only the worst stories make it to the headlines. There might be one or two out there but we can assure you that the person/people used misused the product.

Millions of people are just fine using synephrine. Stick to known and trusted brands of supplements and make sure to find one with the standardizations detailed on the label if it’s a citrus aurantium or bitter orange source.