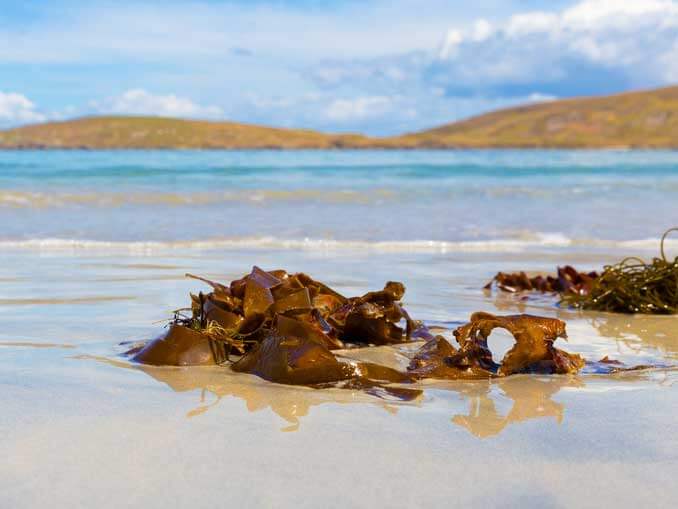 You might see Fucoxanthin written as Undaria Pinnatifida, or just Seaweed Extract on the label of supplements. Bladderwrack is one of the most well documented extracts that contains it.

None of the above terms make us feel inclined to swallow a pill full of this stuff, but the evidence in support of its fat burning capabilities might.

“Fuco” might take a while to start kicking in, but it seems to be effective at low doses, which is good news for the supplement manufacturers because they can cram some other stuff in there alongside it.

Even dietary seaweed contains it, and eating it can yield some of the benefits, although you have to be careful about eating too much seaweed because of the iodine content in some.

Pills will usually contain a seaweed extract, standardized to a certain percentage of fucoxanthin. It might take a bit of basic calculation but we’ll take you through it in the dosage section later in this article.

There is a single human study on this seaweed extract carried out with obese women.

The study’s conclusion was that the seaweed product Xanthigen promoted weight loss and reduced both body and liver fat levels.

It is thought that fucoxanthin increases the metabolic rate and REE (Resting Energy Expenditure), and burns more fat due to the increased overall turnover of energy sources.

It was a significant change compared to placebo as well, which strengthens this ingredient’s chances of being a viable weight loss supplement for the future.

Scientific research must now expand to examine its use in men and people of other demographics, such as resistance trained individuals.

Liver fat was reduced during the study mentioned in the section above, with a concomitant improvement in liver enzyme profile and liver function as a result.

This is a benefit which is not aesthetic but highly encouraging. The problems that arise from obesity are not only relative to the body fat but the accumulation in the liver.

Fatty deposits can hinder a liver’s function, and so if this supplement can help reduce some of the damage caused by a poor diet, it may help people become healthier inside and out.

The results from the study with respect to liver fat were notable as well. Another exciting result.

How To Use Fucoxanthin

Fucoxanthin supplementation won’t yield fast results but the results, when they begin, might be significant.
Research suggests using it over a long period of time, and that a month of use is necessary for it to build up to a degree that produces noticeable benefit.

Human studies imply a range of 2.4mg to 8mg per day of fucoxanthin extract will be effective.

You will probably find that the product label states the total seaweed weight with a percentage of fucoxanthin next to it and possibly in brackets, for example: 250mg Seaweed Extract (stand. 1% fucoxanthin).

Follow that logic and you can’t go far wrong.

Stay within that range of doses for now until more studies have nailed down the most effective dose within it.

It should be taken with a source of fat for better absorption.

No adverse side effects were noted in any of the studies with people, and despite them becing given high doses, the animal studies didn’t find problems either.

However, watch your Kelp or Kombu consumption because too much can lead to iodine toxicity which is no joke.

We’d advise supplementing fucoxanthin if you don’t know your edible seaweeds too well.

Fat burning effects aside, there is even evidence suggesting it can help diabetics with blood sugar levels, and possibly help prevent some cancers.

An ingredient showing this much power as a fat burner (we’re talking 400+ calories extra energy burned per day), that is safe, and effective in dosages that fit comfortably in pills, is exciting.

There needs to be a continuation of the human studies, and they should focus on other demographics than obese women, but it’s a fantastic start. And it is probably the largest potential user base anyway.

Seaweed, who’d have thought it!!