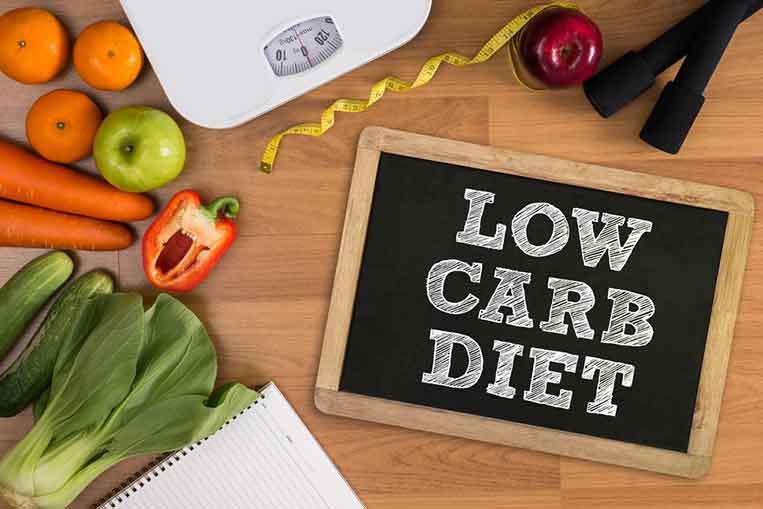 Diets described as “low carb” are plentiful in today’s society, including those that have a specific or branded name, or it’s just the general carbohydrate reduced approach to eating.

The principal benefit of such a diet is often believed to be weight loss, the overarching reasoning having something to do with your body switching to fat burning quicker than it would if sugars (carbs) are ingested.

Starchy carbohydrates like bread, potatoes and pasta are probably the first food types to be eliminated, but people following low-carb diets also put limits on their fruit intake, and other foods that are high on the gylcemic index.

Weight loss, it turns out, has less to do with proportions of carbohydrate and fat that you consume, and is instead dependant on total calorie consumption.

There are other benefits to a low carb diet, but weight loss is not one of them.

What Does the Evidence Say?

There have been multiple studies into the weight loss benefits of low-carb diets like the Atkins diet, but the results are nearly always muddied by either the study design, subject sample size or some other aspect.

Most nutritional and health experts tend to agree that weight loss is not dependant on the ratio of fat to carbs in your diet.

Weight loss and weight gain are governed by energy deficits: If you consume less calories than you spend over the course of a day, you will lose weight (calculate your metabolism for weight loss).

Of course the opposite is also true: consume more calories than you burn during a day and you will gain weight.

Increasing the proportion of protein in your daily calorie intake DOES have a weight loss effect, essentially due to its muscle preserving benefits during calorie deficit, plus its high thermic effect (read about high protein diets for weight loss).

Very recent research (a 2018 study) has compared the benefits of a low-carb diet versus a low-fat diet.

This study is particularly interesting because it had both a long duration (12 months) and a large sample size (609 people).

Even more interesting is the fact that there was no significant connection between genotype pattern or baseline insulin secretion to the dietary effects on weight loss.

The study was even partially funded by group of nutritionalists that was co-founded by pro low-carb individuals.

What Does This Mean for Low-Carb Diets?

It means that for weight loss at least, there is no significant benefit to going specifically low-carb.

That doesn’t mean that there aren’t other health benefits, but weight loss itself appears to be a numbers game, and it’s the total quantity of calories of carbohydrate and fat that is most important.

However, it is important to note that the diets used in this expansive study were healthy in the context of nutritional provision.

Poor diets low in nutritional value are associated with many health problems, which could ultimately have an effect on weight loss and/or gain.

What Should I Take Away from This?

The scientists themselves followed up this study with their own comments on the most important things about dieting, especially for weight loss.

1. Sustainability is key. If you can’t maintain what you are doing then it is not going to work out in the end. If you enjoy certain foods then try to moderate them rather than cutting them out completely. Feeling constantly hungry is not sustainable

2. Whole foods, with emphasis on mixed vegetables, are an essential base to a healthy diet. They help fulfill the hunger satisfaction role because they are nutritious, and nutritional need is the root cause of hunger. In contrast, “empty” carbs low in nutritional value do not suppress hunger for long.

3. Sudden changes in diet aggravate both body and mind, and are less likely to lead to success.

Virtually eliminating foods that you enjoy overnight will upset the environment you have created in your gut – the “biome”.

Instead, try to introduce change gradually. Your gut and brain have a tighter connection than scientists thought possible before, and it’s becoming evident that gut-borne serotonin production and neurotransmitters are vital to emotional and physical well-being.

Change your gut flora gradually to allow it to adjust.