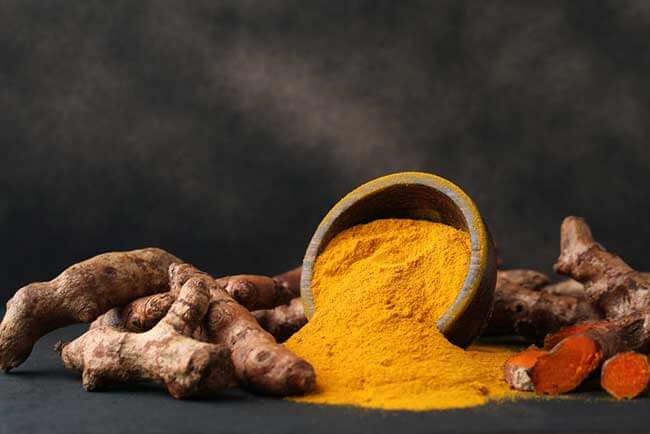 What is Curcumin and What Does it Do

Curcumin (curcuminoids) is the main bioactive compound of Turmeric. It therefore delivers the majority of the health benefits associated with the spice.

Turmeric has additional bioactive compounds, but supplements are generally comprised of extracted Curcumin.

Ginger also contains curcuminoids but to a lesser extent than Turmeric. Ginger may also be of interest as a supplement for a variety of other reasons. 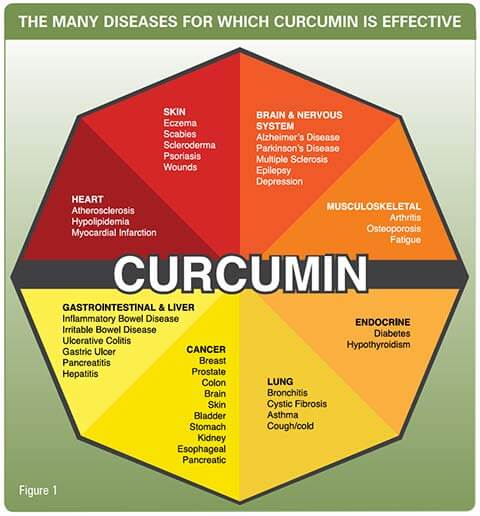 Turmeric is a spice which has been used traditionally in Indian cuisine and other cultures where curries and curry type meals are prepared.

Curcumin (or Curcuminoids) is the principal bioactive compound in Turmeric. Most of the health benefits of Turmeric can be attributed to Curcumin, although there are additional bioactive agents that make Turmeric in itself a healthy compound.

There are many benefits which have been highlighted from varying quantities of scientific research. The main ones have been listed above, but beyond those, there are many more, including:

NOTE: When taken orally, it has low bioavailability. Therefore, black pepper (aka piperine) should almost always be consumed alongside it, as it increases the absorption significantly. Only in the case of supplementing it for an anti-inflammatory effect on the colon should it be taken without pepper.

Editor’s Note: There is no doubt Turmeric / Curcumin confers many benefits to health, some of which are quite strong, most notably a reduction in osteoarthritis symptoms (over 50%), a reduction in inflammation, pain and risk of prostate cancer.

There is also a very impressive study which shows a massive 40% increase in serum Nitric Oxide. This is the compound which allows more oxygen flow to the muscles and is something of high value to bodybuilders and gym goers. Just 80 mg of curcumin can achieve this which is better than most expensive pre-workouts.

Major Depressive Disorder may be reduced to the same effect as Prozac with 1000 mg of curcumin.

The only issue is its low bioavailability when taken orally. However, when taken alongside an enhancing compound such as black pepper (Piperine) then a dose between 100 mg and 500 mg a day of Curcumin is effective.

The dosages for Curcumin or Turmeric extract vary significantly between desired benefits.

What is definitely apparent is the need to take an enhancer alongside the supplement. Black pepper will be sufficient for this purpose.

The only situation where the enhancer is not necessary – in fact, counter-productive – is where the user wants the intestinal benefit. This is where the absorption to the blood from the intestines is not needed. 2000 to 4000 mg of turmeric can be used for this purpose, or a curcumin supplement without the enhancer.

Regular curcumin dosage is between 80 mg and 1000 mg taken daily. Given the benefits involved a daily dose of 500 to 1000 mg curcumin will confer most of the effects, and come without any side effects.

As a weight training aid, 80 mg taken a day may increase nitric oxide production, and therefore offer the vasodilation benefits. However, as mentioned, there are advantages to dosing in the upper range while still experiencing this benefit.

Is Curcumin / Turmeric Safe – Are There Side Effects?

In the dose range specified above there have been no cases of negative side effects. Much more than 4000 mg can actually be taken, though it is fairly pointless once an enhancer like black pepper is taken with it.

Take Curcumin alongside black pepper, and if you cook with Turmeric then add the pepper to the meal.

If you have intestinal issues, and that is your reason for supplementing, then don’t take the pepper with it.

500-1000 mg Curcumin will suffice for nearly all the benefits.

Please read the Scientific Support section below for more details of the benefits and of course the studies involving this supplement.

Please read the following if you wish to learn more about the specifics of the benefits and / or the scientific studies carried out.

It sounds rather vague, but there doesn’t appear to be a specific type of inflammation that it reduces.

Cancer induced inflammation reduction is included as well as several other types associated with diseased states.

Pain reduction is another benefit. 400 to 500 mg is as potent as acetominophen (or paracetamol).

This includes symptoms of arthritis, post-op pain and general pain.

Chainani-Wu N et al. High-dose curcuminoids are efficacious in the reduction in symptoms and signs of oral lichen planus. May 2012. [http://www.ncbi.nlm.nih.gov/pubmed/21907450]

A long term dosage benefit is noticed with Osteoarthritis sufferers, even to the extent of a greater than 50% reduction.

Six months plus of supplementation appears to be necessary to start experiencing the full scale of the benefit. Nonetheless, it may be the most significant of all the effects of curcumin supplementation, and one that osteoarthritis sufferers should certainly pursue.

Independent of the inflammation reduction associated with cancers, there is a cancer preventative benefit in itself.

The study to support this looks at prostate cancer and curcumin’s suppressive effect on androgen receptors in the prostate.

He ZY et al. Upregulation of p53 expression in patients with colorectal cancer by administration of curcumin. March 2011. [http://www.ncbi.nlm.nih.gov/pubmed/21314329]

The anti-oxidant behaviour (reduction of cancer-causing free radicals) is partly to thank for the anti-cancer effect.

I mere 80 mg of Curcumin alongside an enhancer like black pepper can boost serum Nitric Oxide (NO) levels by over 40%.

There aren’t many expensive muscle supplements that can do the same.

The main study looking into depression so far did not have a placebo group. However, the results of 1000 mg of curcumin supplementation were similar to those of fluoxetine (Prozac).

This is applicable to Major Depressive Disorder.