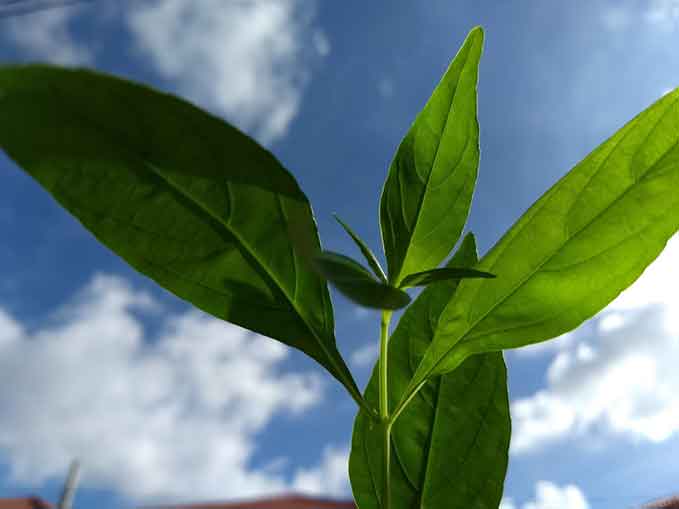 Those flavoured fizzy Vitamin C tablets are about as interesting as cold remedies get for most people, but read more about Andrographis and you’ll start to question everything you knew.

Andrographis Paniculata is a traditional Chinese and Ayurvedic herbal medicine, known mostly for its ability to treat the common cold.

There are a few names for it, including Chiretta, King of Bitters, Creat and Kalmegh. The name is irrelevant, the key thing to look out for is the andrographolide concentration.

Andrographolides are the bioactive molecules of the parent herb, and most good supplements will be standardized to a specific concentration of them, so that you can find the right potency.

Andrographis is often taken with Siberian Ginseng (aka Eleutherococcus senticosus) and associated with it so strongly that many of the scientific studies into the immune boosting power of andrographis are combined with siberian ginseng.

Cancer research studies have shown that it can attenuate, or slow, the spread of cancer cells.

It’s a supplement with a lot of history of use for treating colds, great evidence as an additional treatment for cancer, and a lot of potential for more.

There is a lot of empirical evidence of Andrographis being used in the field, so to speak, from a long history of traditional use within the context of Chinese and Indian/Ayurvedic medicine.

Modern science has been a little slower to catch on, but there is now some powerful evidence to support our eastern counterparts’ claims.

One study investigating the herb’s effect on the symptoms of the common cold found it to be significantly effective in reducing all measured symptoms and the length of sickness.

It’s potency in a study of pharyngotonsillitis was found to be comparable to Tylenol (acetaminophen/paracetamol).

There is also potential for a therapeutic effect on ulcerative colitis and symptoms of rheumatoid arthritis.

The bioactive molecule of the herb, called andrographolides, have been studied with human cancer cells and immunity cells in various research projects and demonstrates an ability attenuate tumour cell growth.

These findings apply to several forms of cancer, which highlights a promising avenue of future research and a potential weapon in a patient’s fight against cancer once it has taken hold.

How To Use Andrographis Paniculata

The andrographolide concentration is an important factor to look out for in a supplement.

The industry standard appears to be around 10% concentration though there are some with 3 times this amount.

Our advice is to get a standardized extract with at least 10% concentration of andrographolides and back calculate the dosage you need per day.

Timing wise, it is best to start taking the supplement as soon as you feel the cold symptoms coming on, or the first sign of sickness.

It is an as-and-when supplement and need not be taken during periods of wellness.

With a 10% concentration of andrographolides in an extract you should be looking for a dose of around 300mg to 400mg per day.

Don’t take it unless you are seeing signs of sickness.

The above mentioned dosages have not been associated with any side effects in the scientific research conducted.

Very high doses for prolonged periods are not advised but this does not apply to the commercial supplements available that we have researched. Also, few supplements should be heavily loaded for long cycles.

The science tells us that this is a cold killer to have in the cupboard at all times. It appears to be as potent as any we have found and together with the other secret remedies you have up your sleeve, you should be able to shrug off most common colds.

It appears that it works especially well with Siberian Ginseng, another traditional herb.

Most of us can think of a thousand things we’d rather spend money on than a supplement for the common cold…that is, until we catch one.

The muscle building and fat burning pills might be sexier, but this herb is the one that’ll keep you trucking through the winter.