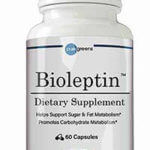 Bioleptin is a diet pill you can buy online. It’s marketed by a company called PureGreens Nutrition PTE LTD. The company also offers a health and wellness supplement called Curafen that provides a combination of curcumin, ginger, and black pepper extract.

Bioleptin is simpler still it’s basically just chromium and African mango. However, the product is being marketed on the back some ambitious marketing claims that make it sound like a very advanced product. It’s not and, like Curafen, it’s overpriced in our opinion.

The label on the bottle states PureGreens Nutrition is based in New York, and the official company website and the Bioleptin website state the same. The company is actually based in Singapore. [SOURCE 1, SOURCE 2]

The product is marketed in a very Americanized way and the official product website provides a lengthy marketing video that makes it sound like some kind of scientific breakthrough. The site also states the pills are made in the USA. Bearing in mind the Singapore connection, the validity of this statement is questionable, to say the least.

Editors Note: We review and rate hundreds of supplements - which diet supplement is most popular and most effective. The top choice for 2020 - Click to find out

Another interesting thing is the New York postal address associated with PureGreens Nutrition matches the address being used by a company called Clover7 Nutritionals PTE LTD.

Clover7 only markets one product. It’s a cell defence formulation and the company website uses the same template as the one used by PureGreens Nutrition. Going one further, the company also shares the same address in Singapore so it’s easy to see they are one and the same. [SOURCE]

What Is Bioleptin and How Does It Work?

PureGreens Nutrition doesn’t appear to be able to decide on a story and stick to it. The sales information says one thing and the marketing video says another. 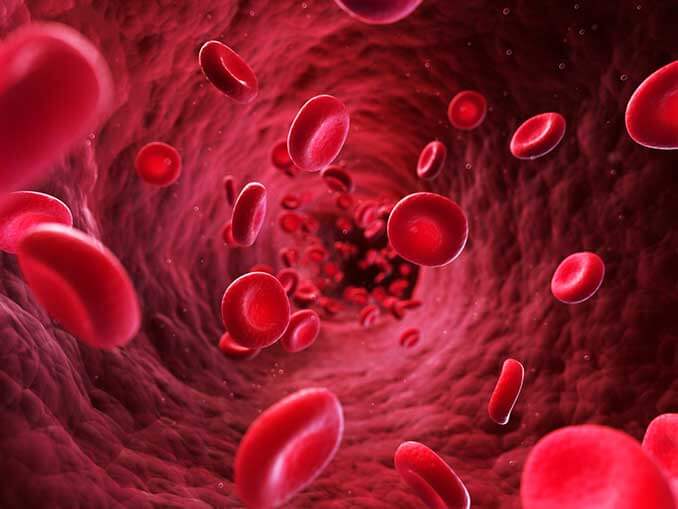 How Bioleptin Works (According to the Video)

The marketing video states the reason people are overweight is due to junk proteins that swim in the bloodstream and make the body latch on to excess fat.

Worse still, a “swarm of bio-markers” are swimming in the blood as well. They force your body to gain, keep, and add extra fat.

There’s also talk of an attack on the hormones in your body and this attack stops you from burning fat. This talk is then tied in with some talk about the hormone leptin. Some of the information about leptin has a grain of truth, which makes the spiel all the more convincing.

Next, there’s talk of a chemical that makes your brain leptin blind and encourages it to make you get fat. The story just goes on and on.

The answer to all this is PureGreen Nutrition’s simple formulation of chromium and African mango. Why is it that none of the manufacturers selling similar product appear to know any of this stuff? Inquiring minds want to know. 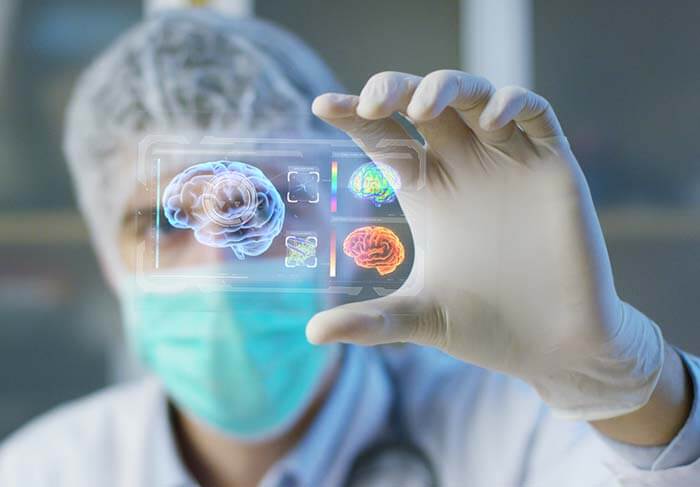 Apparently, you are overweight and cannot do anything about it because of an “almond-sized” area of your brain that is slowing your metabolism. It’s also making you feel depressed and crave sugar, fats, and salt.

Luckily there is a hormone that changes the state of play. It decreases hunger and boosts the metabolism. This important hormone is not named, but it seems reasonable to presume its leptin.

Anyway, elsewhere on the Bioleptin website, the story gets more to the point.

It states Bioleptin will:

Obviously, leptin manipulation is meant to play an important role in the way the product works. The name alone suggests it.

In theory, all that extra leptin should stop them from eating. However, fat people often become leptin resistant so the hormone does not work.

So, that’s the truth about leptin. There are some connections to the statements made in the Bioleptin marketing spiel. Enough to make it sound convincing, but not enough to support any of the claims being made.

Furthermore, PureGreens Nutrition says diet and exercise will throw a spanner into the works and prevent weight loss. Science shows getting more exercise and cutting down on dietary fat is more likely to rectify leptin resistance [SOURCE] 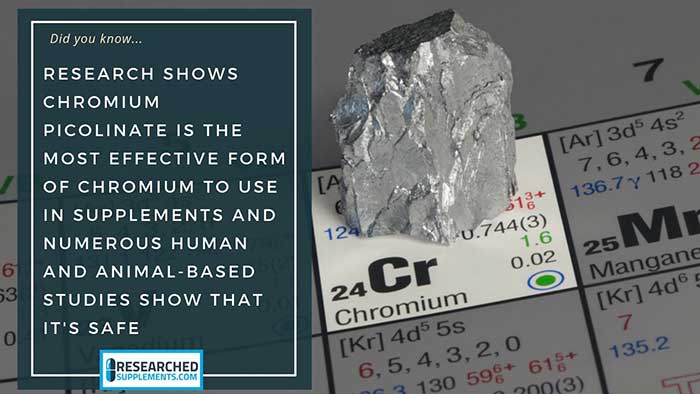 Chromax is a patented form of chromium picolinate. It’s a good ingredient. Most diet pills contain a source of chromium.

Chromium has value as a diet pill ingredient because it regulates insulin and may prevent the blood sugar crashes that lead to cravings for sugar and carbs.

However, 1000mg is a hefty dose that far exceeds the RDA. Most diet pills provide a 10th of this amount or less, but doses of 1000 mg per day are sometimes used for treating type 2 diabetes. [SOURCE]

WellTrim is a brand of Irvingia gabonensis seed extract. That’s African mango to you and me.

African mango is a popular diet pill ingredient that is respected for its ability to suppress hunger. It’s been linked to weight losses of up t0 28 pounds in 10 weeks, but it’s not normally associated with leptin manipulation.

The recommended dose is two capsules per day. That’s one capsule before each of the two largest meals of the day.

According to the marketing video diet and exercise is not required. In fact, it strongly advises against doing either one of these things.

Apparently, the latest research shows diet and exercise will “translate in your brain as sick signals” that force your body to keep excess weight.

Hopefully, nobody will be foolish enough to take any of this seriously. It’s all BS. Don’t worry, if you are eating right and getting some exercise your not sending out an open invitation to the Grim Reaper. You are doing everything right and the American Heart Association confirms it. [SOURCE]

In fact, health experts and government bodies all over the world confirm it. The only thing that recommends otherwise is the Bioleptin marketing material.

PureGreens Nutrition provides some statements that are alleged to be from satisfied customers. Needless to say, they are all 100 percent in favor of the product and are best taken with a grain of salt.

It’s hard to find any reviews published at less biased sources. However, the SiteJabber website has two one-star reviews. The first one is short and sweet. It says the product failed to work.

The second review is quite lengthy. It states the product failed to work too. The lady who left the review also states she received a daily supply of spam emails recommending other products.

Elsewhere on the net, people are also saying Bioleptin doesn’t work and one woman states the pills interfered with her sleep and caused heart palpitations.

These are not side effects that are normally attributed to chromium or irvingia gabonesis. That raises the possibility of undisclosed ingredients. Diet pills made in China have a reputation for this, so a report of this nature raises lots of red flags.

Side Effects and Health Issues

PureGreens Nutrition doesn’t say if side effects are likely to be an issue. However, the company does point out the formulation is not for people under 18-years of age or for women who are pregnant or nursing a child.

The company also states people who have existing health problems should seek the appropriate medical guidance before using nutritional supplements.

This warning should also be extended to anyone planning on using Bioleptin alongside medication or other supplements.

You can only buy Bioleptin from the PureGreens Nutrition website. The Bioleptin website only provides the sales pitch for the product and a link to the company’s official site.

All transactions are handled via PayPal and each bottle provides a 30-day supply of pills. The RRP is USD $85.95 per bottle. That’s shockingly expensive.

However, at the time of this review, the cost of a bottle of Bioleptin appeared to have been permanently reduced to USD $ 59.95.

That’s still expensive for such a simple product. The truth of the matter is, you could buy a similar formulation elsewhere for a fraction of the price.

Make no mistakes about it, this product is not nearly as clever or unique as it’s made out to be. It’s all hype.

Bioleptin allegedly has a 365-day money back guarantee. However, like all of the other promises made for this product, it sounds just a little too good to be true.

In fact, a few customers complain they found it impossible to make a return or attain the promised refund.

Bioleptin is a simple product that contains two valid diet pill ingredients. If it’s used alongside a calorie-controlled diet and exercise, it should help people to see better results for their efforts. However, the product is unlikely to work in the ways PureGreens Naturals claims it will.

It also has to be remembered Bioleptin is very expensive for such a simple product. Anyone with $50 or more to spend on diet pills would do better investing their money elsewhere. The same money would buy a far superior product. It would also be possible to buy a similar product for a fraction of the price.

The origin of this product is also questionable and there is no way to be certain the ingredient profile is accurate or complete. We’re not knocking African mango or chromium, it’s this product we do not like. We cannot recommend it and suggest you go for a more credible brand instead.

Which product scores the most for :

Click here to find out the highest rated product for 2020