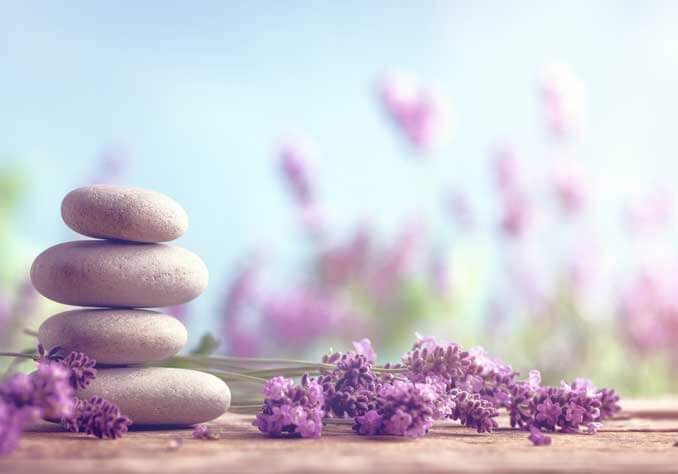 Lavender has been used for aromatherapy in the civilized world since the days of the Roman Empire.

They used it to scent baths, bedlinen, clothes and their bodies. The word ‘lavender’ comes from the latin infinitive, ‘to wash’.

Its scent is associated with relaxation, as most people know, but it goes beyond that to real scientific evidence of a powerful anxiolytic – anti-anxiety – effect.

Ingestion of lavender in capsules, where the dose can be determined exactly, has even stronger supporting research.

It’s easy to regard lavender’s effects as an old wives’ tale, in part due to the relatively thin evidence supporting many of the other oils used in aromatherapy and their supposed benefits.

However, when taken as a supplement, lavender is something you may be very interested in.

There have been a few intervention studies carried out to investigate lavender’s anxiolytic effects.

Supplement capsules containing lavender are the most effective, mostly because it’s possible to control the dose as opposed to its use in aromatherapy.

Also, there is a mild sedative effect when using lavender as aromatherapy – an effect which does not happen with supplement capsules.

One study of Silexan lavender oil found it to have comparable anxiety reducing effects to Lorazepam – a prescription anxiety medication – for generalized anxiety disorder (GAD).

The lack of sedative effect with ingestion of lavender capsules makes it useful for supplementing at any time, while aromatherapy using the oil should be reserved for the evening to aid sleep.

Anxiety and stress related side effects such as depression and cortisol levels are also reduced.

Sleep quality can be improved, particularly in people with GAD and those suffering from insomnia.

Other connected benefits include: relaxation, improvement in subjective well-being, reduction in restlessness, and a reduction in menstrual cramp pain.

A study with migraine sufferers noted that an acute inhalation of lavender essential oil for 15 minutes on the onset of a migraine reduced the associated pain compared to placebo.

For treatment of migraines, it may be worth checking out our article on Coenzyme Q10 as an additional supplement to reduce the symptoms.

How To Use Lavender

You can use lavender in the form of supplement capsules for regular day to day use, and aromatherapy for the evening within an hour of bedtime to help you sleep.

The oral ingestion of lavender in pills/capsules will not cause the sedative effect.

Pregnant women should avoid using Lavender until there is more data as to what may cause problems for the fetus.

The studies with lavender highlight a range of 80mg to 160mg per day. The one where it was compared with Lorazepam use 80mg doses for reference.

A component of Lavender – linalool – must pre present at between a quarter and a nearly a half of the total weight of the supplement.

Thirty minutes of aromatherapy in a ventilated room should do the trick for improving sleep quality.

Sedation, while sometimes a benefit, can be considered a side effect if it is not the intended purpose.

The easy way around this is to use the capsule supplements during the day and only use aromatherapy when you are about to go to sleep.

Pregnant women should avoid lavender for now as there is not enough data to determine whether it is a risk or not.

When the oil contacts the skin, there have been reports of dermatitis, so the oil should not be used for topical application.

That Lorazepam study might seal the deal if you suffer from General Anxiety Disorder. It’s a rough condition to live through, but if you can treat it without the need for prescription medication then it is definitely worth further investigation.

Anyone who likes it but avoids lavender during the day due to the sedative effect might want to try an oral supplement as it will provide better control of the benefits without inducing somnolence.