L-Carnitine is essential in our opinion. There are a few variations on this amino acid-like compound, but they are all based around the same structure. They are however used for different principal benefits, which we will discuss below.

The associated principal benefit of supplementation doesn’t preclude other benefits, it’s just that the way it is transported makes it more suitable for certain desired effects.

L-Carnitine is often added to fat burners, diet pills and pre-workout supplements because of it’s ability to increase fat burning in the mitochondria of cells, and its beneficial effect on exercise performance.

It can also boost alertness, support neurons and boost brain activity in general, again via mitochondrial activity. As such it might be found in nootropic supplements and cognitive function enhancing products.

The mental and physical benefits have been shown to counter the associated symptoms of ageing, and can even improve heart health and insulin sensitivity.

For something which is often taken purely because of it’s fat-burning potential, it is also powerful as an energy, health and wellness supplement.

It’s also the effect supplement companies give the hard sell, because weight loss, diet pills and fat burners make the the big bucks for them.

Studies include a clinical trial with elderly people over 100 years old. They lost fat mass and improved their lean mass growth (muscle tissue and bone).

Perhaps the most impressive studies involved athletes and were conducted successively in 2011 and 2013. Both studies showed that co-ingestion of carbohydrates and l-carnitine can increase muscle carnitine content dramatically. This muscle carnitine then facilitates ATP production via fat oxidation within the mitochondrial compartment of cells.

It looks like it helps elderly people in particular, probably because of an age-related depletion in metabolism efficiency.

What that means is during exercise, fat will be used as fuel for longer, and carbohydrates will be stored as glycogen for later intense workouts. Even during a caloric surplus of carbohydrates, l-carnitine has been shown to prevent weight gain in the form of fat mass.

Other mechanisms by which it might assist weight management and weight loss exist. For example, it increases insulin sensitivity, something which has been demonstrated in young, healthy and trained men.

Another likely cause of any weight loss, particularly fat mass, is the fatigue reduction effect. People supplementing may simply feel more inclined to be active due to feeling better on both physical and cognitive fronts.

Even looser connections are possible. L-Carnitine is fairly reliable at reducing muscle soreness when taken alongside a resistance training schedule, which could lead to more frequent training, and thus greater fat loss. 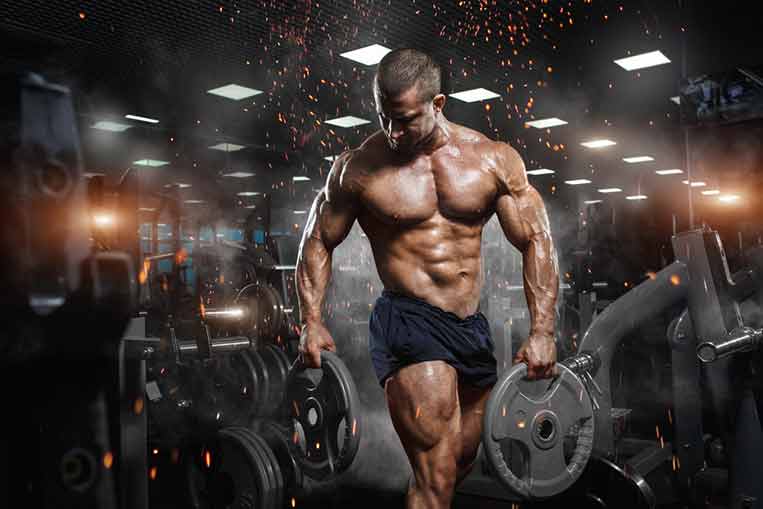 L-Carnitine for Muscle and Performance Enhancement

We began discussing this briefly in the previous section about fat loss. Ultimately, all of these effects are tied together. It could be this interlinking of a multitude of beneficial effects which gives L-Carnitine a cumulative potency.

The following effects are minor with supplementation, but they probably have an additive effect on one another:

Going back to the subject of weight loss briefly, you can see that any fat-burning effects of L-Carnitine may be bolstered by the fact that those using it feel more energized for activity.

There are several other factors associated with supplementation, some of which are showing promise for various health benefits and therapeutic applications to existing health conditions.

The following list highlights a few conditions on which L-Carnitine in different forms can have a positive impact:

Of course, if you suffer from any of the above conditions you should definitely consult your doctor on the possibility of supplementing L-Carnitine.

How To Use L-Carnitine

Mostly, it’s about choosing the right type of supplement for your goal, and the right dosage.

If you buy a pre-workout supplement, it will most likely contain the right type. L-Carnitine L-Tartrate is the current industry preferred performance enhancer, followed by ALCAR.

With ALCAR, it’s more of a cognitive boost because it crosses the blood-brain barrier, but it will also be used in performance supplements.

Effective dosages of each are a little different.

Straight L-Carnitine can be taken in 500mg to 3000mg doses. The higher end of the range will be more beneficial but you can split the dose into two and take them with breakfast and lunch or breakfast and post-workout meal/shake.

ALCAR is mostly used for cognitive enhancement and dosed up to 2500mg per day, split into 2 or 3 separate servings.

L-Carnitine L-Tartrate can be taken up to 4000mg per day for performance and muscle enhancement. Don’t drop below 1000mg. The same dosage guidelines apply to Glycine Propionyl L Carnitine.

If you only see “L-Carnitine” on the label then assume the 500mg to 3000mg range. If you really want the cognitive benefit, make sure to get an ALCAR supplement.

There are no reported side effects with the recommended dosage guidelines.

There are several other supplements that when taken with L-Carnitine have a synergistic effect. These include caffeine, Coenzyme Q10, Cholinergics (such as Alpha-GPC) and Alpha Lipoic Acid.

There is enough evidence to support the claims for supplementing L-Carnitine, but the effects work in combination to exert the results rather than one or two effects.

Taken with high-carb, high-protein meals, l-carnitine is most effective. In fact, it needs the carbohydrates to enter your muscle tissue and get to work on burning fat.

Benefits are dose dependent though so look for the upper limits of the ranges described in the dosage section above.

Remember that most supplement manufacturers try and get away with adding the minimum possible quantity that has been shown in some study somewhere to have a benefit.

Ignore their interpretation of the science and go shopping armed with your own knowledge.