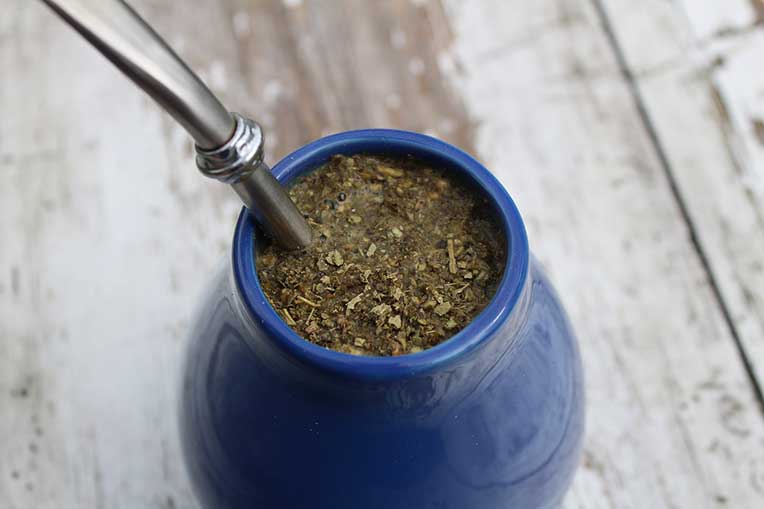 Yerba Mate tree leaves have been used across the Middle East and South America to make a tea with stimulating effects.

The modern supplement market sells it on the basis that it is both an appetite suppressant and a fat burner.

As such it is sometimes added to the formula of multi-ingredient diet pills, perhaps as an alternative to caffeine anhydrous.

The leaves actually contain caffeine, which is why it has some kind of fat burning effect at all, and also why in large quantities it might suppress appetite slightly (caffeine also does this).

However, Yerba mate has other benefits, which in themselves might make it a worthwhile addition to a supplement, particularly for some of the knock-on negative effects of obesity.

Yerba mate has been shown to increase fat burning rates during exercise in one study and at rest in another study.

The second study there highlighted that Yerba mate also reduced heart rate a little, which is odd considering stimulants are famed for doing the opposite.

It appears that the drop in heart rate is indicative of a switch in energy consumption from carbohydrate to fat burning.

The process is intriguing and requires more research to fully understand, but it seems this ingredient might have something up it’s sleeve other than the benefits of a diluted form of caffeine, which is what its composition would imply.

Cholesterol levels have been demonstrably improved in a study with Yerba mate on blood lipid levels, which showed an increase in subjects’ HDL (High Density Lipoprotein – aka “good cholesterol”) levels.

A reduction in LDL (Low Density Lipoprotein – aka “bad cholesterol”) levels has been shown in a few studies.

There also appears to be an antioxidant effect with supplementation, with both lipid peroxidation and general oxidation rates reduced following ingestion.

A study with postmenopausal women found an correlation between Yerba mate tea drinking and increases in bone mineral density.

Another excellent supplemental herb to look at to take in conjunction with Yerba might be Coleus forskohlii (for Forskolin).

Forskolin increases bone mineral density and HDL notably, while also increasing testosterone and reducing body fat. It is unknown whether Yerba and Forskolin are synergistic in these benefits, but forskolin is probably the stronger of the two if you are looking for those effects specifically.

How To Use Yerba Mate

We mentioned earlier that Mate can be consumed as a tea beverage. This would be similar to drinking Green Tea to get the benefits, in that you would need to consume quite a lot (perhaps a litre) per day to have any success.

While we’re not discouraging the odd cup of Mate tea, a more efficient way to ingest it is in the form of powdered, concentrated extract.

Diet pills sometimes contain it, though rarely in a significant enough dosage, for the fat burning and appetite suppressing effects. Neither tend to be very powerful so a reduced dose only lessens the likelihood of getting results.

If you can find a stand-alone product consisting of Yerba mate alone in the dosage range discussed below, it is your best shot.

You can drink between 3 cups to 1 litre of the tea per day for up to two months at a time. There is not evidence to suggest it is toxic above 1.5 litres per day but some of the clinical trials used that amount and it’s fair to say we’re certain of that quantity.

Powdered leaf extract in amounts of 1 gram (1000mg) to 1.5 grams (1500mg) appear to have similar results, if not a bit more reliable considering the consistency of the extract vs homemade tea.

Safety tests show Yerba mate is not toxic even in much larger quantities than the effective dose so there is no risks associated with drinking it or supplementing it as per the guidelines above.

There is a bioactive molecule in Yerba Mate that is unique to it – aptly named Matenosides.

This molecule could be the reason that some people claim it exerts a “cleaner stimulation” effect than caffeine and other stimulants.

Unfortunately, we can’t know for sure until it is investigated further, but empirical data would imply there is a physical and sensorial difference between the two. The reduced heart rate factor might come into play there as well.

It’s hard to come to any hard conclusion with this supplement. It doesn’t appear to be phenomenal at anything, but it is intriguing enough in both chemical structure and effect to warrant further research, and possibly to warrant giving it a try for a few months.