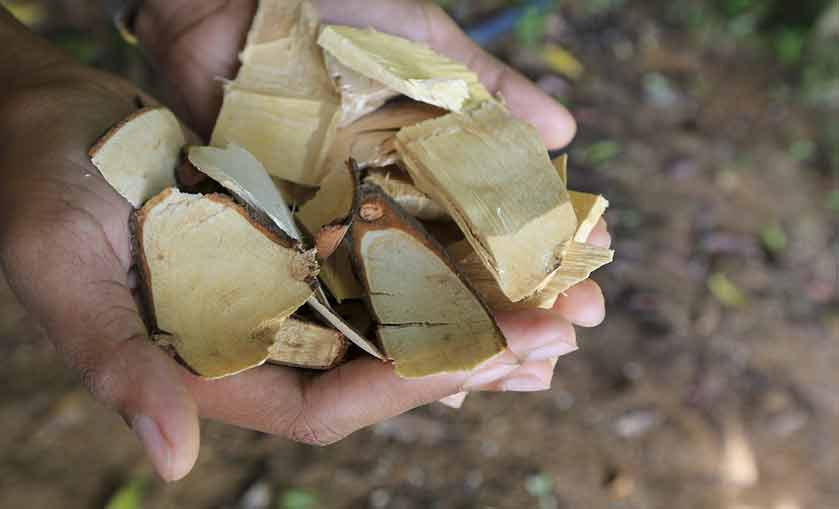 You may have seen other names for Eurycoma Longifolia Jack, including Longjack, Tongkat Ali and Malaysian Ginseng.

Longjack is a herb which has been used traditionally as an aphrodisiac, and more recently as a testosterone booster in bodybuilding and male health supplements.

For testosterone, the evidence is lacking, but for libido enhancement is has strong scientific support. Furthermore, Longjack can increase sperm production and may even help men in the sexual performance and erection department.

The focus on testosterone boosting detracts from the promise of an under-researched estrogen blocking effect. Further study will hopefully reveal it as a viable estrogen blocker for men experiencing hormonal issues and strength athletes looking to reduce the estrogenic effects of aromatization.

Longjack for Libido and Male Health

Longjack is a reliable supplement for most aspects of male sexual health. One study shows it can boost fertility, erectile function, libido and stamina.

The above benefits come with feelings of improved well-being and vitality, expressed as general happiness.

A pilot study (007 on the list) implied that Longjack might be useful as an ergogenic supplement – for increased power output and lean mass (muscle plus bone mass) promotion.

It wouldn’t be the first herb of this nature to have an ergogenic benefit without the testosterone boost it is marketed for…if the pilot study turns out to be supported by further research of course.

Referred to as Tongkat Ali in one four week study the herb was shown to help reduce stress.

In this case it reduced cortisol and increased testosterone, though the testosterone increase is actually a promotion of healthy levels rather than a testosterone “boost” (the reduction being due to the stress).

How To Use Longjack

Eurcoma longifolia jack is usually a dry powder enclosed in capsule type pills. It is often included in testosterone boosters alongside other herbal ingredients such as Tribulus terrestris, Fenugreek, and Nettle Root.

There has been no definitive study on how much one should take, but studies are a good guideline to go from.

The important thing is to note the concentration factor of the extract you are taking. The industry standard is a 100:1 concentration.

This means that when you take 200mg of the extract you are taking the equivalent of 20 grams of the dried root of the plant.

Longjack at this concentration should be at least 200mg to 300mg in your supplement. This dose can be repeated later in the day as well for a daily total of 600mg.

The herb is safe at the dosages (and concentrations) stated above. The human equivalent of a toxic dose – found in rat studies – is about 1200mg per day.

There were some negative effects on the liver at this level in the animal studies.

Again, staying on the standard dosage will avoid any problems.

The misdirected hype with respect to testosterone increases only serves to damage the reputation of certain herbal supplements, this one included.

Longjack is a reliable libido, erectile function and even fertility booster. There is also potential for a reduction in anxiety and improvements in physique and strength from training.

Furthermore, it is an effective estrogen blocker.

If all of these traits were marketed instead of the mythical testosterone boost, men who do regular resistance training would be interested, as would any with higher than wanted estrogen levels.