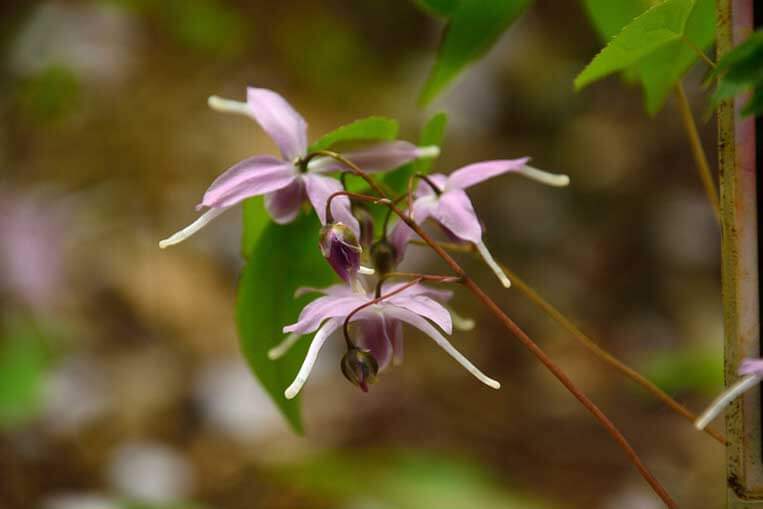 The name comes from old farmer’s tales of their sheep and goats getting randy after nibbling at the stuff around the edges of their field.

Some animal studies have shown that it can boost testosterone levels. And of course, the human supplement industry latched onto this and promoted its muscle building benefits as if there was no tomorrow.

Time has not yielded any relevant human studies to support the testosterone claim yet, and so we still wait on the edge of out seats (not) to most likely be told it’s the same as most “testosterone boosters” that are all hype and no trousers.

Longjack, Tribulus terrestris, Nettle root, Fenugreek…they are all good for something in their own right, but the main thing for which they are peddled to men of muscle – the fabled free testosterone surge – is mostly unproven.

Here’s one for you gym troopers to chew on as well: it might help you form stronger/denser bones, or at least attenuate bone mineral loss.

Yes, both genders feel the aphrodisiac effects of HGW. For men it also promotes erections, although not to the same degree as Viagra. But then, not everyone wants to resort to Viagra.

Erectogenic is a fancy word for a pill that helps give men erections. Another erectogenic is Yohimbine, and although it’s only theory at the moment, HGW and Yohimbine should be synergistic in this effect.

One study found HGW (called Icariin in the study) is an anti-osteoporosis agent, and that it actually promotes bone growth.

This has not been tested with human subjects yet, and if there’s one thing we’ve learned in all our years studying supplements, it’s that supplement studies with humans are the only ones that are worth a damn, and even some of those are broken.

Nonetheless, it’s a promising result. We just need more data before we get excited, because we’ve been excited before, and the excitement has been crushed under the weight of the hallowed double-blind-placebo-controlled human study.

Go to your local farm and follow the goats around on all fours, eating what they eat, obviously.

It is often present in testosterone boosters together with other ingredients marketed for their ability to raise T levels.

While they might not be too awesome at boosting testosterone, they do have their benefits.

It may also be advantageous to take it with Ecdysteroids as they can enhance the absorption of Icariin into your system, potentially increasing its potency. Also, ecdysteroids are cool, so you should try them anyway.

You will probably see a concentration in the form of a percentage, referring to how much of the bioactive compound is in the total extract.

The lowest dose in the studies mentioned was for the bone mineral density improvements in menopausal women. They took 60mg a day.

However, other studies go up to the equivalent of about 1000mg (1 gram) per day for a 165 lb person. That’s from the conversion of rat data to human equivalents.

Most commercial products will be on the lower end of the scale because a true optimal dose has not been established, and the manufacturers like to make money.

There are no noted side effects or safety precautions to worry about when Icariin / HGW is used at the above described doses.

There’s also that as yet unanswered question about testosterone in humans. It’ll probably go the way of most of its kind, in that it’s a good aphrodisiac but a poor test booster.

The bone mineral density results are also interesting. The fact that it’s a bone growth promotor rather than just an inhibitor of bone wastage means it has potential as a physical enhancement and strength supplement.

It also appears safe to use in the appropriate quantities.