Trans4orm Fat Burner is one of the best selling supplements in the US. It’s not available from most other countries because the formula contains an ingredient which most governments deem to be dangerous, and have all but banned.

In fact, the product feature as #1 and #2 on the “Top 10 Best-Selling Fat Burners” list of the giant supplement store bodybuilding(.com) as of 2018.

So, the people like their products, but are they really that good, or is EVL just excellent at marketing and advertising?

Evlution Trans4orm Fat Burner – What Does It Do?

The formula has been stacked for fat burning, energy, mental focus and appetite suppression, all of which should combine to help you shed some stored body fat and reduce your calorie intake if necessary.

This product does utilize stimulants, including yohimbine, to elicit a good portion of the energy and fat burning effects.

There is also a noteworthy amount of cholinergic ingredients in Choline Bitartrate, Alpha-GPC and Huperzine-A.

Cholinergics are those compounds that boost levels of the critical neurotransmitter acetylcholine, which can have a positive impact on cognitive function, mood and even physical performance.

As scientific research progresses in the cognitive function category, it becomes increasingly clear that mood and subjective wellbeing play a vital role in your diet; what you eat and how much you eat.

Binge eating and “emotional eating” have been identified as major reasons why obesity is such a common problem across developed countries like the US.

Therefore, ingredients which can help you change your relationship with food and stick to a consistent and healthy diet are starting to feature more and more in weight management products.

Trans4orm is a prime example of that. 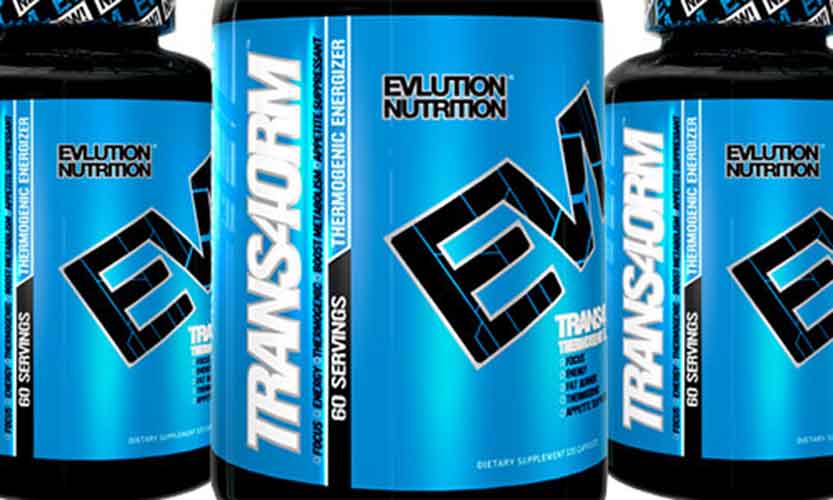 The dose in Trans4orm is fairly low however at 50mg (1 serving) and 100mg (2 servings), where the effects seen in scientific studies are with doses in the 300-600mg per day range.

Choline Bitartrate doesn’t appear to be as effective in terms of cognitive benefits, but it still confers an increase in acetylcholine.

L-Tyrosine is a cognitive stimulant which counterintuitively reduces stress via its production of the catecholamines noradrenaline (norepinephrine) and dopamine. It may reduce the stress of physical exercise and/or that associated with caloric restriction.

Caffeine and Coleus Forskohlii add to the thermogenic fat burning capabilities by enhancing cyclic adenosine monophosphate (cAMP) activity in adipose tissue (fat) cells. They can also improve mental and physical performance by the same mechanism cAMP in the brain and muscles.

Yohimbine is a stimulant which targets fat cells, the majority of which are located in hip, belly and thigh fat. These fat zones are known to be stubborn, and possibly the last to go when you are on a weight loss plan.

As positive as that sounds, yohimbine should be taken with caution as it can confer some negative symptoms like over-stimulation, anxiety and possibly even panic attacks.

This happens more commonly in people who are susceptible to such symptoms but everyone should heed the warning.

First and foremost, you should not take any other stimulants while using Trans4orm. Coffee consumption should be kept to a minimum, and it would be best if you take a couple weeks off caffeine before using this product.

Each serving is 2 capsules of Trans4orm so you can split that and take only one pill on the first day to assess your tolerance.

Yohimbine isn’t for everyone so it’s best to take it slow at the beginning.

With all that in mind, Evlution Nutrition’s Trans4orm is a powerful formula with research-backed ingredients.

As to whether it should be on the top of best-seller lists, I believe that is most likely a combination of good marketing and a solid supplement.

It is that though: a solid fat burner.